QR Codes are one of the most used print marketing technologies. If this wasn’t the case, QR Codes wouldn’t be popular in industries such as:

Owing to its diverse use cases, QR Code technology is popular worldwide. Countries like the UK, United States, Canada, Australia, and China use QR Codes.

What about QR Codes in France?

Statistics from 2013 show that QR Code penetration in France varied between 6.8% and 22%. 89% of the population know about QR Codes and 53% have scanned.

With its rising popularity, we at Scanova decided to compile a list of common use cases of QR Codes in France:

Customers at French retail giant, Auchan Retail, currently use the Fivory wallet app to make payments. By mid 2017, it’s expected that the unified payment app will be integrated into the myAuchan app.

“(The new app is expected to offer) enhanced benefits to customers, comprising paperless billing at the checkout, money-off vouchers and loyalty programmes. All serving to streamline the customer’s movement through the checkout and underpinning the new-generation retailing experience that we’re building day-by-day.” – Wilhelm Hubner, General Manager, Auchan Retail 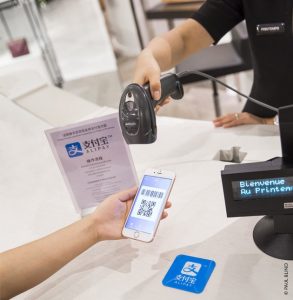 To make a payment, the shopper would need to scan a QR Code using their Alipay app. This saved a lot of Chinese tourists the trouble of carrying a lot of cash.

“Chinese tourists are an important target clientele for Printemps, which is why we are developing various unique offers and services to ensure the best response.” – Annalisa Loustau, Chief Marketing Officer, Printemps Group 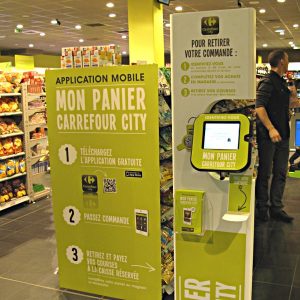 In 2012, premium sports footwear company, Reebok, ran a QR Code marketing campaign. The campaign gave people a chance to win VIP passes to the Cannes festival. To register, people had to scan the QR Code and fill the registration form. 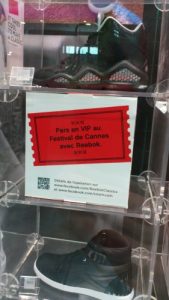 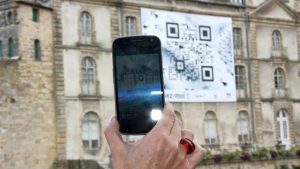 Installation of the QR Code led to a 30% increase in the city website’s traffic.

In 2011, the garden in Stanislas Palace in Nancy, France displayed the world’s first botanical QR Code. The QR Code, was added as a temporary attraction at the palace gardens during renovation. Built on an area of 40 square feet, the QR Code was made of several flowering pots. Scanning the QR Code directed people to a website listing the events scheduled at the palace. 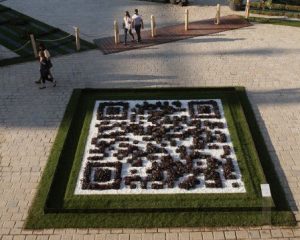 Branding cattle with QR Codes may sound funny but is quite practical for dairy farmers in France. 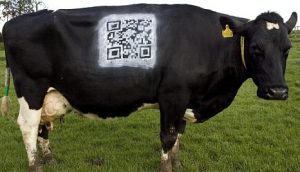 Painting cattle with QR Codes helps farmers maintain information and inventory process. Besides this, buyers could access extra information on the cow by scanning the QR Code.

In 2011, there was a similar use case in the UK. Cattle on sale at an auction were painted with QR Codes.

As part of a history circuit, the school takes students on a digital poetic ride. The school issued students a booklet with 10 QR Codes. Each QR Code gave information on one of the 10 historical sites across the city. 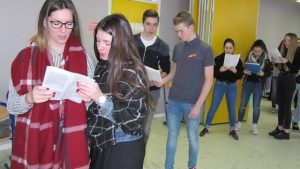 “The aim is to get students to discover a more contemporary literature through reading and encounters.” – Christian Lardato, Professor of Literature, Elorn High School

The Best Western Hotel Le Montparnasse in Paris uses QR Codes to showcase room amenities. Each room has a brochure with a printed QR Code. Scanning the QR Code directs the guest to a PDF listing the hotel’s facilities. 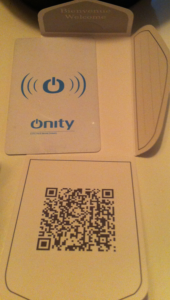 Also Read: QR Codes in Hotels: Use Cases for Marketing and Customer Engagement

In March 2017, the French capital, Paris announced a 40% decrease in advertising space. This move will most likely see more print marketers opting for QR Codes. If you are a print marketer in France, do not miss out on this opportunity and start adding QR Codes to your campaigns.