We’ve all been to parks and zoos, right? Earlier, when people needed to take a break, they’d go for a walk in the park. Or plan family outings to visit zoos.

Does that mean parks have become boring? Well, no! Increased smartphone penetration and access to high-speed internet have held everyone in a tight grip.

And that’s exactly what’s needed to get people to step out of their homes. And spend some time close to nature. How?

People love technology and spending time on their smartphones. So why not make parks and zoos hi-tech for technology lovers?

Many cities across the world are already doing it with QR Codes.

And QR technology in parks and gardens is yet another way to engage people.

In this article, we’ll show you some use cases of QR Codes in parks and zoos from across the world. They have totally transformed the footfall in these areas.

See how these countries have made these sites crowd-pulling:

QR Codes are a very common sight in China. From their social applications such as We Chat, to market places, charity systems, and parks and zoos—the usage of QR Codes is rampant.

Maybe something like—Yunnan Wildlife Zoo has a captivating element. It has a 20 feet high QR Code with a living panda inside. Interesting, isn’t it?

The QR Code is made up of 20,000 carnations and roses. It is giant and has a treasured panda named Si Jia in the middle of it.

The main aim of the QR Code is to acquaint the visitors with the park’s various activities.

B. The United States

City administrations in the United States are using QR Codes in parks. And this has made parks engaging and interactive. Here are some examples:

In Springfield, Ohio, Randy Ark, a Vietnam War veteran, added QR Codes to the memorial park. It helps people know about the country’s valiant heroes and veterans. And the history of the monument.

This QR Code, when scanned, helps visitors see what the memorial actually echoes.

Randy Ark, a Vietnam veteran (1968-69) said:
“I control all of the codes from my computer. Also, I added pictures of all the people in the Purple Heart chapter and added pictures people gave me, and notes to scan, anything. I even put info for veterans to connect to other veterans.”

In order to motivate people to exercise, Waco-McLennan County Public Health District and Parks & Recreation of Texas took an initiative in 2017.

And what was it?

They set up QR Code boards in 11 parks in Waco. When scanned, they took users to an array of fitness videos. The videos were filtered according to the different body parts exercises.

As a part of the QR Fit Trail System, this feature has made parks replete with visitors.

This Botanical garden deploys QR Codes in a quaint manner.

Visitors simply need to scan the QR Code using their smartphones. It then takes them on a virtual tour of the garden.

Visitors simply need to scan the QR Code using their smartphones. It then takes them on a virtual tour of the garden. This makes the visitors feel as if they are ‘ strolling in perfect paradise’.

A group of nine teenagers came up with a way to help visitors get information on animals in the zoo. For example—such as kind, variety, and the number of animals.

The Alameda Park Zoo uses QR Code plaques outside every animal exhibit. Once scanned, they direct visitors to information about the respective animal.

In 2010, Central Park became the site of a QR Code tour. It was organized by The World Park.
QR Code plaques were fitted in different sections of the park. Visitors were given park maps and scorecards. When scanned, these QR Codes directed them to petty questions about the park.

India is known for its lush green landscapes and wildlife sanctuaries. Authorities of different cities are now adding cherries to the cream of parks and gardens here.

A park in Sayajibaug district has a QR Code on every pole. Every QR Code has a different theme— depending on its location in the park.

For example, the QR Code on the pole near the planetarium directs to information on the space station.

These 3D elements were added in the park in 2018 by the Civic body. It has made the park an interesting and engaging site.

An open gym was set up in a local park of Noida, Uttar Pradesh. Here each equipment has a QR Code.

On scanning, the QR Code takes visitors to videos on how to operate the respective equipment.

After all, exercises become even better when you know exactly what to do.

This park in Ontario is known for its exquisite local stones. Remarkable for their antiquity, some stones are 450-500 million years old.

To help people know about it, the authorities have put QR Code boards. On scanning, they direct them to detailed information about the specimens that adorn the park.

Humber Arboretum Park introduced QR Codes in 2015. It was an endeavor of Climate Sake, a registered charity based in Toronto, Ontario. It was called ‘ Treecaching Trail’,

And what was the initiative for?

To acquaint school children with the types of trees in the park.

This mounted the interest of children with the natural world.

See more use cases of QR Codes in Canada.

E. How to create QR Codes Campaign for parks and gardens

So, now you know that QR Codes can actually make your garden or park a magnetic site.

Now comes the actual question— how to create QR Codes?

Firstly, you will need a QR Code generator. There are many such tools available online. How do you then find the best one for your use case? By comparing each one of them?

Well, that will take a lot of time and effort. And you don’t really need to do that.

Here’s a comparison chart for the top QR Code generators. Just go through it and pick the right one as per your requirements.

For this article, we will use Scanova for demo purposes.

You can create QR Codes in two ways:

Here we can use Scanova’s QR Code Generator. Here’s how to use it:

1. Go to Scanova and sign-up for a 14-day free trial. Next, from QR Code categories, click on the option that suits you best

For example, you can create a Text QR Code. When scanned, it will show the encoded text to the end users.

Or you can create a Website URL QR Code to take visitors to a website with detailed information.

2. Once you select QR Code category, enter the relevant information (such as website link, text, etc.)

4. A window will appear prompting you to name and save the QR Code. So enter a name and click Save

5. You’ll see three QR Code designs—standard black-and-white, custom with logo, and custom with background. Proceed with either of the options

Note that customized QR Codes attract much more scans than black-and-white ones. So if you want to attract as many scans as possible, add design to your QR Code.

6. Once your QR Code is ready, say after you design it, click Update and go ahead to Download it

7. A window will appear prompting you to specify QR Code image size and format. Once you specify the details, click Export

That’s it. Your QR Code will be created.

If you want to create multiple QR Codes, you don’t need to create them one-by-one. You can create Website URL QR Codes, Text QR Codes, Serial Code QR Codes, and even Vcard QR Codes in bulk.

Yes, a bulk QR Code generator helps you do just that.

Using QR Batch for a demo, here’s how to do it:

1. First, create a spreadsheet with the data to be encoded in QR Codes. The first column here should always be ‘Filename’ (such as QR Code 1). Second column onwards, data varies with the type of QR Code to be created

Here’s how you can create a spreadsheet.

2. Download the spreadsheet in CSV, XLS or XLSX format

3. Go to QR Batch and select the appropriate category

5. Next, you’ll have to review the data and move forward

6. In the next step, you can customize the QR Code by adding colors and an image as a logo or a background to it

7. Check the details (such as number of QR Codes) for final confirmation

8. Download the bulk of QR Codes you have created

That’s all you need to know about the use of QR Codes in parks and zoos. QR Codes make them an attractive site. From conducting games to relaying information to taking visitors on virtual tours—QR Codes do it all!

Set up a QR Code Campaign

Create visually-appealing QR Codes for parks and zoos to engage your visitors. 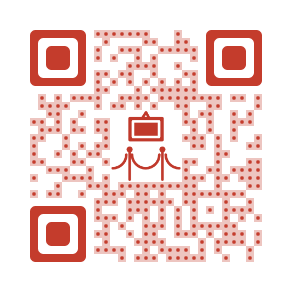 2 replies on “QR Codes In Parks And Zoos: Popular Use Cases From Various Countries”

https://waterfallmagazine.com
Hey there, You’ve done a fantastic job. I’ll certainly digg it and personally recommend to my friends.
I’m confident they’ll be benefited from this web site.

Thank you very much! We are glad you liked the article.