QR Codes are useful but they are not without problems. To scan a QR Code, you need to download a QR Code scanning app.

There are some apps or smartphones that come with an inbuilt QR Code reader but not all.

But what everyone does have these days is Snapchat or at least 150 million users of them. Of these, 60 million are from the US and Canada.

The good news is that Snapchat has added a QR Code scanner built right into its app.

In mid-2015, Snapchat introduced Snapcodes that allowed you to add friends. Using the scanning feature, you could only scan Snapcodes. But now you can scan any standard QR Code also.

How does the scanner work?

You can scan a QR Code with Snapchat by following these simple steps:

1. Open the Snapchat app on your smartphone 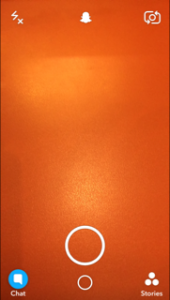 2. Point the camera towards the QR Code you need to scan 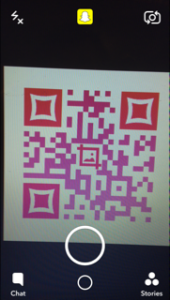 3. Tap on the screen and hold your finger on the QR Code for a couple of seconds. The scanner will decode the QR Code and display its content

4. A window will open. Click on the ‘Open Link’ button to visit the webpage 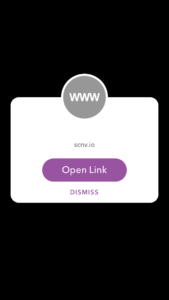 This is how it works. Infact, Snapchat is not the only app that uses QR Codes. Tik-Tok, another popular social-networking app also uses QR Codes.

That’s all you need to know about how to scan QR Codes or Snapcodes using the Snapchat QR Code scanner.

Don’t have Snapchat? Get it here for iPhone or Android.

What do you think of this feature? Share your views in the comments section below.

6 replies on “How to scan QR Codes using Snapchat”

According to me, It is an excellent feature. As everyone can generate QR Codes. Well there are new online tools also available to generate QR Tool. Thanks for the information.

This is probably the most “it actually makes sense” kind of post I’ve seen on on this subject. Best part… I didn’t have to go digging through some weird web design to find it. Awesome! Please keep posting new material!

Thank you so much I needed to know this!