You are a part of a financial institute. This could be a private bank, internet bank, credit union, or a non-banking financial company.

And you are facing challenges in the following areas:

Payments
You want quick transactions and payments. You do not want your clients to stand in a long queue to make transactions. Plus, manual calculations are prone to errors.

Security
The financial industry witnesses a lot of frauds and cyber crimes when it comes to making transactions. You want end-to-end encryption of all the payments.

Marketing and Advertising
It is difficult for you to achieve high number of app downloads. Plus, while advertising about any new scheme, you only get limited space to write detailed information.

Other Challenges
These include ways to authenticate identity cards for your employees. Or how to advertise information about any social campaign that you have undertaken.

And obviously you want to resolve these challenges to provide better services to your clients.

The good news is that you can tackle each of the issues by using QR Codes. They are advanced barcodes that are easily scannable by a smartphone.

And the cherry on the cake is that many financial institutions are already using it. And for diverse purposes.

Scroll down to know how.

A. Different use cases of QR Codes in finance industry

Today, the world’s most popular banks are using QR Codes for secure banking and financial transactions.

“The strategy for a financial institution to use QR codes is the ability to engage the end-user and create a sense of loyalty,”
—Bobby Marhamat, founder of Hipscan, Menlo Park, CA

See how they are doing it:

1. For quick and secure payments

Payments is one of the major sectors in the financial industry. QR Code based payments are quick, legitimate, and less risky.

Top retailers such as Starbucks, Walmart, and Dunkin Donuts are now using QR Code for payments.

Here are some examples: 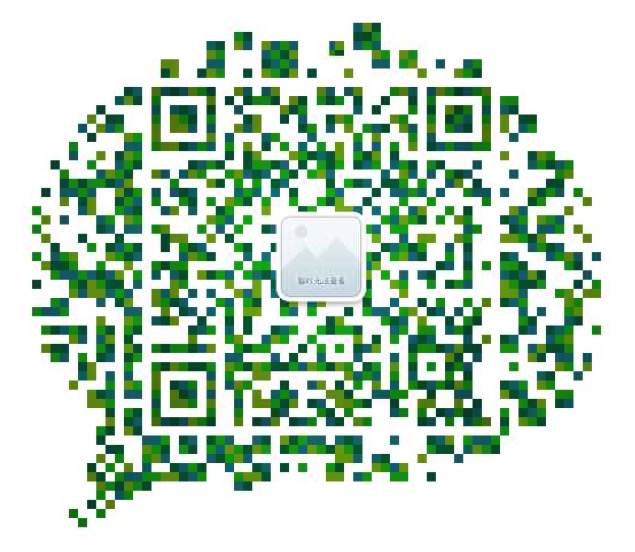 To pay, customers scan a merchant’s QR code via their smartphone. Sometimes, the seller also scans their personal account codes.

This way they pay using their WeChat or AliPay wallet.

Our aim is to broaden the applicability and usability of scannable codes so that users can easily be connected to additional services and content, as well as to create multiple gateways and touch points into our ecosystem via any mobile device, anytime, anywhere.
—COO, Alibaba Group

QR Codes are all pervasive in China—found in every retail store, restaurants, and cafe.

Users have to download BHIM app to generate their unique QR Code. 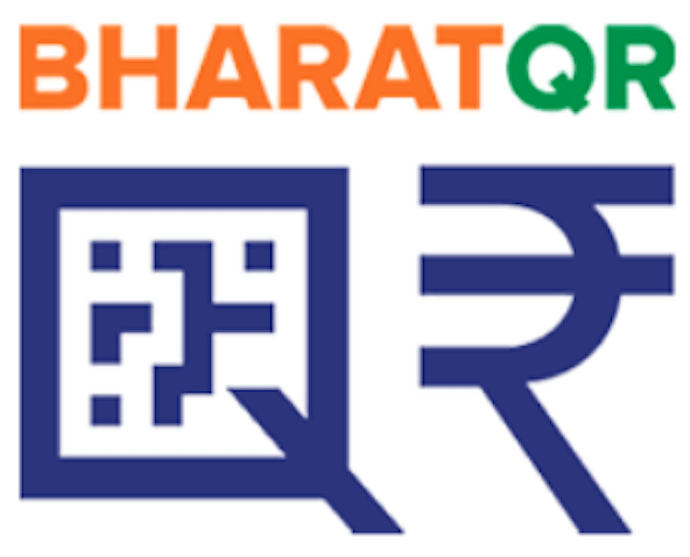 Upon scanning QR code through a smartphone, users can simply transfer money from one source to another. Payments made through this channel directly gets transferred to the bank accounts.

This payment method is the most convenient for those who use mobile banking.

QR code based systems leverage mobile usage on the consumer side as well. Being asset-light, they become easy to deploy.
—Shri R Gandhi, Deputy Governor, Reserve Bank of India

Also, e-wallets apps like Paytm, GooglePay, and Freecharge are also popularly used in the country.

The system allows consumers to pay by scanning QR code through 9 Kenyan banks. They can enable mVisa on their mobile wallet Apps. And make payments by scanning the merchant’s QR Codes. 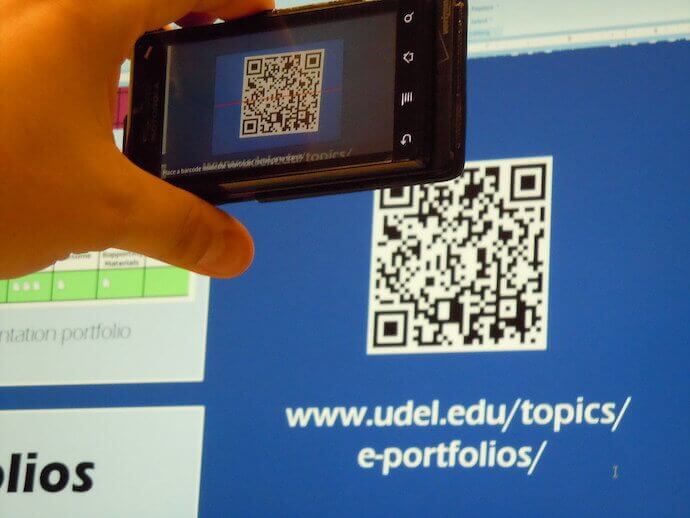 QR Code based payment method are now widely being used in Kenya and other African countries as they ensure payment acceptance without the need to invest in expensive POS set -ups.

To create QR Codes for payments in your own system, you can integrate your application to generate QR Codes programmatically.

With tools such as QR API, user can a request with data (QR Code design, size, format and the data to be saved in it) to the server. The server will then generate a QR Code and send it back to the user.

On the other hand you can use Scanova’s SDK to add it to your own server. Using this, you can make API calls locally that allow you to generate customized QR Codes at a must faster rate.

In both cases, you can custom-designed static QR Codes in bulk.

Many financial institutions such as banks are using QR Codes for marketing and advertising purposes. This could be to build their brand image or increase app downloads.

The practice is followed all across the globe. Here are some examples:

TD Bank, the national bank of U.S.A, uses QR Codes on billboards and display information. The aim is to provide additional information about the schemes and promotions.

For example, TD Bank uses QR codes on bus shelter advertising for promoting the locations of their branches with Sunday hours.

Upon scanning via a smartphone, users are redirected to TD Bank branch locator on the smartphone’s browser. This, then provides information on the branch closest to the user with Sunday hours.

In 2011, AXA Bank used an innovative strategy for their QR Code campaign. The aim was to advertise and promote their renovation loans. 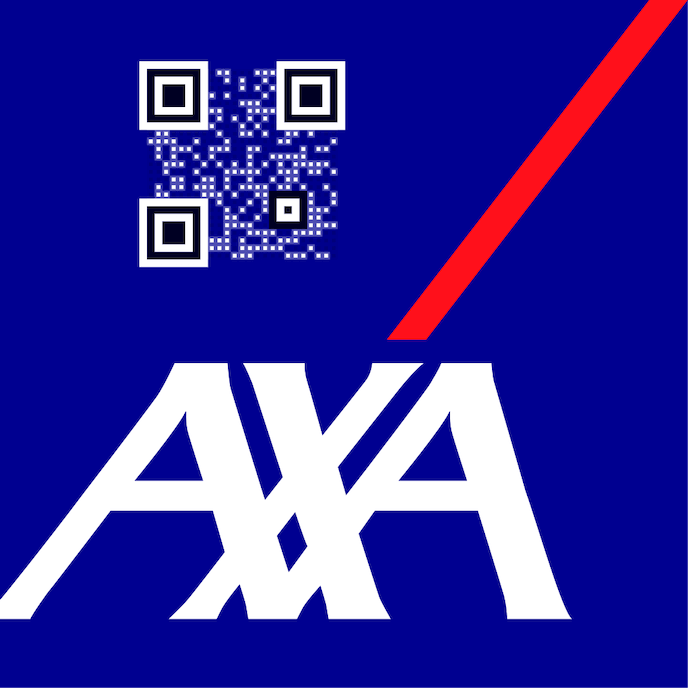 The QR Code was made with 3,844 tins of paint and gave a three-dimensional look.

Upon scanning the giant QR Code, users were redirected to a mobile application. Here they could read details about the promotion.

Chase Bank, one amongst the best four banks of U.S.A uses QR Codes in its product—Chase Slate credit card.

These QR Codes are placed on bank of envelopes which are mailed to Chase clients. The QR Code is linked to the Chase mobile app. Upon scanning the users are prompted to download the app.

The envelope also has a help note which says, “Manage your account with Chase mobile app”.

The main purpose of the QR Code is to increase Chase’s app downloads.

“QR codes placed on direct mail can direct potential buyers instantly to an online sell or information page, play an interactive video or even take the user to a branded game that allows them to enter a sweepstakes,”
—Mr. Marhamat, founder of Hipscan, Menlo Park, CA.

To create QR Codes in financial institutions for promotional purposes, you would need a professional QR Code generator tool such as Scanova.

In case, you need QR Code in bulk, then you need a bulk QR Code Generator tool. Here is a detailed guide on how to use QR Codes in bulk.

3. For multi-level authentication and security

Ensuring secure transactions and tracking frauds is the top most priority. And with QR Codes, you can ensure end-to-end encrypted transactions. 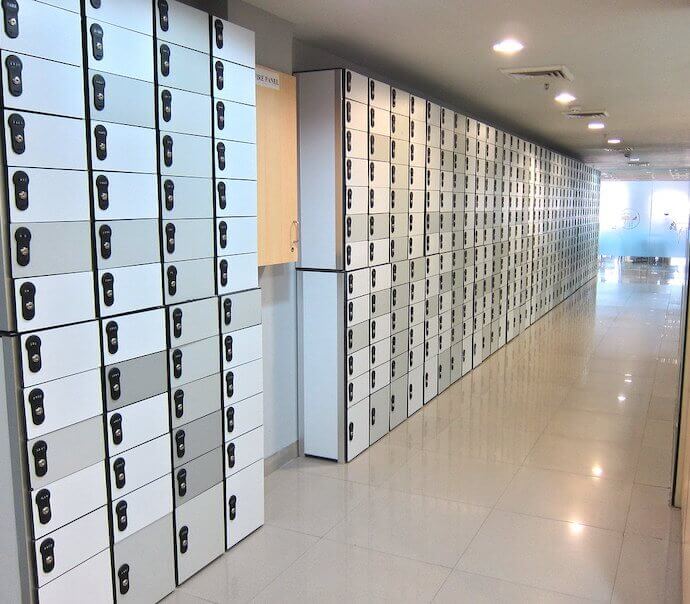 See how QR Codes in financial institutions are used for this use case:

To process secure cash withdrawal for its customers, OCBC Bank has introduced QR Codes This initiative has provided an alternative to ATM cards and PINs.

The method offers much more security as it tracks the biometric data of the customer. That is, customers just need to scan the QR Code displayed on screen. And then authenticate the cash withdrawal using fingerprint or faceprint. All this can be done through their smartphone.

The customers can do this by using Pay Anyone app. Plus, they also have an option to do so with their mobile banking login details.

“Using a QR code instead of keying in a PIN is more secure because [customers can choose] biometric authentication, which is a more robust security feature than a PIN number that can be revealed or stolen”.
—Mr Aditya Gupta, Head of Digital Business, Singapore and Malaysia, OCBC Bank.

This method has also brought ease, speed, and security in aspect of cash withdrawal.

As similar to payments, here you can you can integrate your application and generate QR Codes programmatically by using tools such as Scanova’s API.

Likewise, you can also use Scanova’s SDK to add it to your own server. And make API calls locally to generate custom-designed static QR Codes.

4. For internal use cases

You can also use QR Codes for internal purposes to improve efficiency. That can be to authenticate identity cards of their employees. Upon scanning via a smartphone, the contact details of the respective person will appear. And will get automatically saved in your contact list.

You can also use QR Codes in financial institutions to broadcast about any social initiative you have taken.

Here is an example:

The bank used QR Codes on a series of airport signboards. This was basically to support and promote their ‘Helpfullness’ campaign. 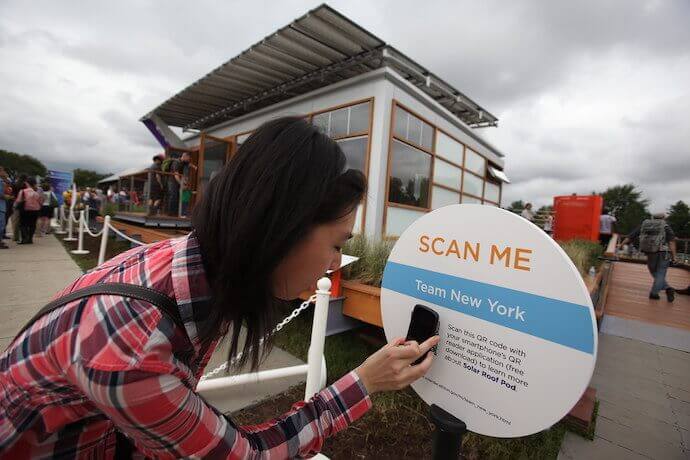 Upon scanning the QR Code, users were redirected to a link from where they could download crossword puzzles, classic books, or Sudoku. The main purpose of this campaign was to provide entertainment to people on the move.

You can create a QR Code for App download. Upon scanning, users will be directed to the app link. You can create it by using an online QR Code generator tool.

Plus, to network better and authenticate identity cards, you can create a V Card QR Card. And if you want QR Codes in bulk, use a bulk QR Code generator tool.

This way, financial institutions all over the globe are using QR Codes — to enhance security and engage customers.

With the QR Code wave hitting the whole world, you should adopt the technology before any important decision is taken.

Create a QR Code for your use case

Create a visually-appealing QR Code to make your processes better 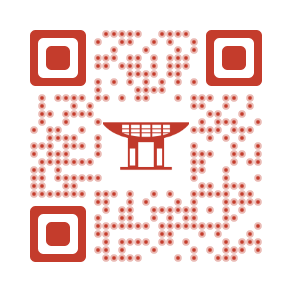