QR Codes are popular in Asian countries such as China, Hong Kong, Singapore, Thailand, and Malaysia.

Popularity of these 2D-barcodes in Indonesia shouldn’t come as a surprise.

QR Codes in Indonesia are commonly used in sectors like payments, retail, and marketing.

Here, we’ve put together a list of four common use cases of QR Codes in Indonesia:

Contents hide
1. In Payments
A. Dimo
B. Ipaymu
2. In Newspapers
3. For Verification
4. In Marketing
A. Ionopolis
B. Merah Putih
Create a QR Code for you campaign now

In 2013, the Ipaymu wallet introduced QR Code payments in Indonesia. Merchants could produce a QR Code on the Ipaymu app and display it on their products.To make a payment, a shopper had to scan the QR Code using the Ipaymu app. The merchants’ Ipaymu account linked to their bank account. Ipaymu tied up with 137 banks across Indonesia, making it easy for merchants to withdraw money. 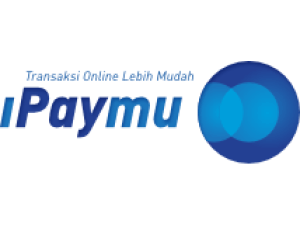 Kompas, a daily newspaper was the first to introduce QR Codes in newspapers in Indonesia. The paper added QR Codes to news articles. Scanning the QR Code led readers to a webpage with more information on the news article. Readers could also share their views and feedback on the webpage. 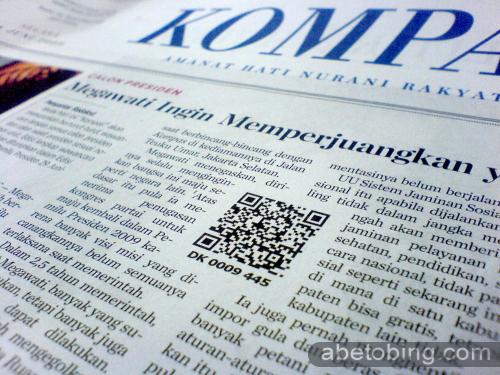 LPPOM MUI is an Indonesian research institute for food, drugs, and cosmetics. In 2015, the organization launched a QR Code to help people verify halal food. Restaurants serving meat could display this QR Code where people could scan it. The QR Code linked to the restaurant’s halal certificate besides sharing information such as: 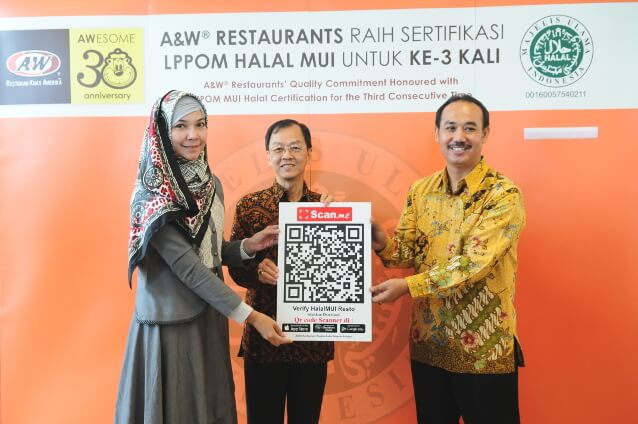 “QR Code is the answer for many people who question the halal restaurant. It can protect consumers and producers”. – Dr. Lukmanul Hakim, LPPOM MUI.

In 2010, as part of promoting the Ionopolis game in Indonesia, Japanese sports drink manufacturer Pocari Sweets, displayed a QR Code on a billboard in Jakarta. Scanning the QR Code helped players earn extra points. The billboard QR Code, standing at a size of 10 × 10 m, is considered one of the largest in Indonesia. Besides the billboards, posters and flyers had QR codes to help players gain points. 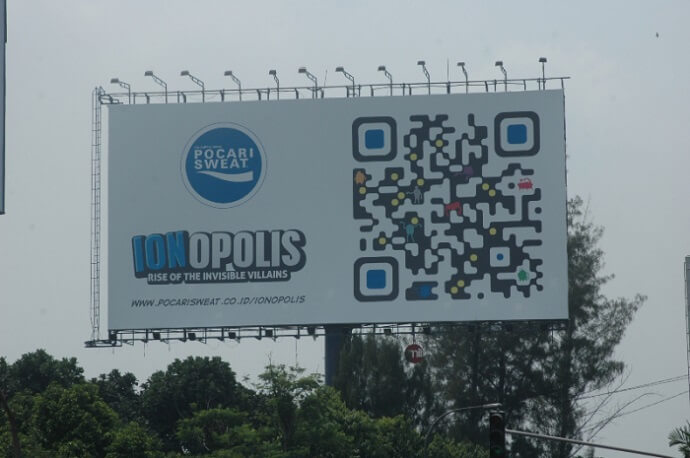 In 2009, makers of the movie Merah Putih extensively used QR Codes to promote the movie based on Indonesian war for independence. The movie’s posters, brochures, and billboards featured QR Codes. The QR Code linked to a website with behind the scene clips from the movie and actors’ bio. The webpage also had an interactive comments section for people to share their views about the movie. 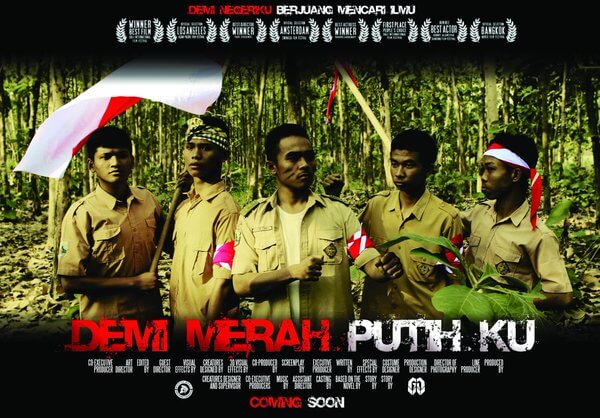 The above examples make the popularity of QR Codes in Indonesia evident. If you are a print marketer in Indonesia and wish to better engage the smartphone carrying millennials, use QR Codes in your marketing campaigns.