Usage of QR Codes is rampant in industries such as marketing, retail, and education.

For the unaware, QR Codes are 2D Barcodes that links to information such as videos, pictures, and text. To read this information, all you need is a smartphone with a QR Code scanning app.

It is well-known that QR Codes are popular globally, particularly in Asian countries such as Hong Kong, Singapore, and Thailand.

The Southeast Asian country of Malaysia is no exception.

Listed below are 14 examples of how businesses use QR Codes in Malaysia:

With BingoBox mobile app, customers need to scan a QR Code on the app. And then they can place their items on check-out counter to know the total payable amount. 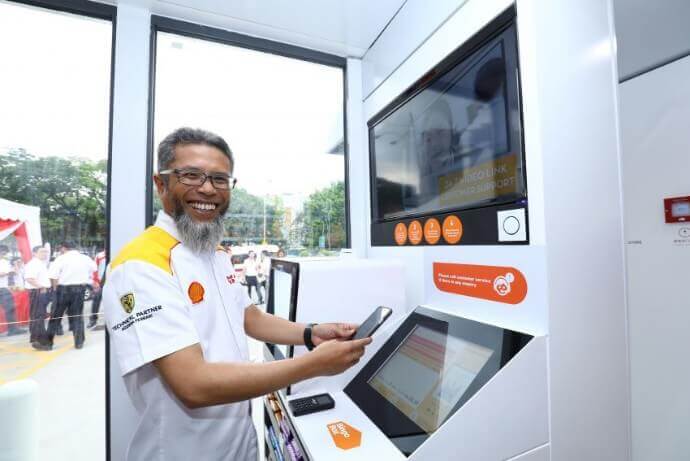 “We hope the awareness would bring the number of accidents in Sabah to a minimum,” he said, adding that the QR code will also provide a list of emergency numbers.” – Herdiansah Abdul Karim, Director, Sabah Road Safety Department

On scanning the QR Code, users could view tips for safety compliances at petrol stations. Besides this, the QR Code also linked to seven road safety tips to reduce accidents.

The department has also engaged taxi companies to install QR Codes in cabs. Tourists can scan the QR Code to learn about road safety and also get emergency contact numbers.

“The QR code approach is different and I believe the initiative would certainly appeal to youths because it is a simple yet very informative way of getting road safety tips.”

In 2017, Volcano Nameplate, a company based in Malaysia planned to launch security number with QR Codes to curb counterfeiting.

Also read: How a QR Code can save your life in emergencies

Taking a cue from their counterparts in India, Malaysian schools are set to adopt QR Codes.

In Nov 2016, teachers from Zilla Parishad school, Pune held a QR Code education workshop. Teachers from Malaysia and Thailand learnt how to use QR Codes in textbooks.

In 2016, MOSTI partnered with MIMOS Berhad, Malaysia’s national R&D center to add QR Codes on durian boxes. Durian is a South Asian fruit popular in Malaysia and Indonesia. The Musang King variety of durian is considered the best and is popular in China. The QR Code initiative, a part of an agricultural drive is to avoid the fruit’s counterfeiting in China. Customers can scan the QR Code to check the fruit’s authenticity. The QR Code leads to a website with information such as:

Addition of QR Codes to boxes has increased durian’s sale in China by 20%. The QR Codes also allows retailers to track number and location of scans.

5. Secretariat for the Advancement of Malaysian Entrepreneurs (SAME)

In Aug 2016, SAME announced a financial roadshow in Malaysia. The roadshow featured SAME’s Malaysia QR Code. This was to promote QR Code as an effective marketing tool. 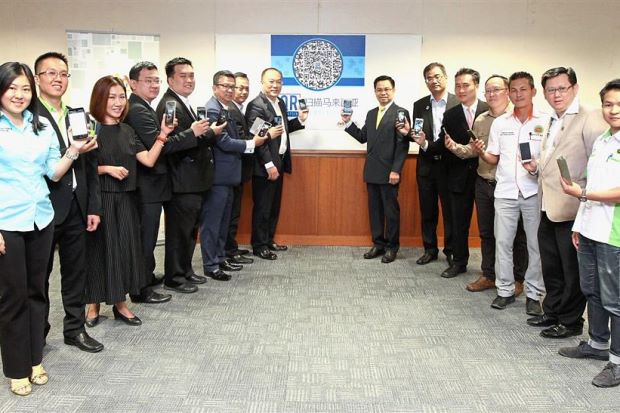 “It (QR Code) is very effective and easy to use. It also makes sense to do marketing that utilises the smartphone because almost everyone has one today. While I was in China for an event recently, I noticed that instead of exchanging paper cards or printed material, people just scanned each others’ QR Codes which allowed them to get all the necessary information quicker and was hassle-free.” – Neil Foo, CEO, SAME

Also see what are the latest statistics on QR Code usage worldwide.

In 2016, Double A, a paper manufacturer, launched the 1Dream1Tree app in Malaysia. The app helps users plant paper trees in support of the environment. Using the app, users can scan the QR Codes posted on the packaging of Double A’s paper. Users are then directed to a website where they can activate planting of a Double A paper tree.

By Aug 2016, Malaysia donated 7,759 trees using the app, making it the highest donor in the list. 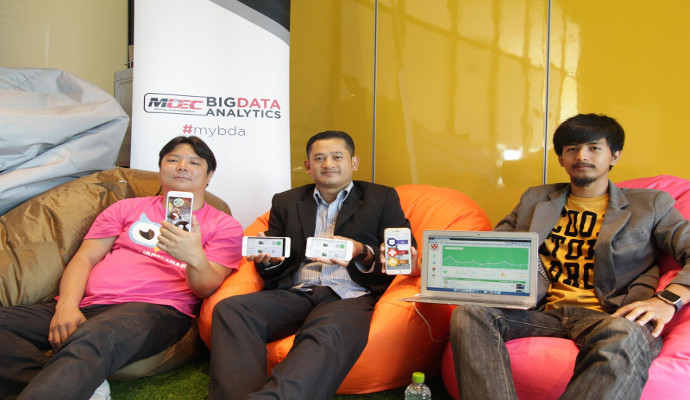 The app shows information such as:

The app’s developers also plan to help victims using QR Codes that can unlock an e-locker.

“When a first responder gets to the victim’s home, and the victim in inside, they wait for a fireman to break down the door. We have the breadth and depth to actually do e-lockers, so five minutes before a first responder arrives at the scene, we tag him in terms of geolocation and send him a digital lock in the form of a QR code to authenticate him to open the lock at the victim’s location.” – Muhammad Adrian Wong, Co-Developer, WatchUs

In May 2016, Webe 850, a telecom and wireless broadband provider, organised a QR Code treasure hunt. The company posted several QR Codes across Malaysia. Users had to download the Webe 850 Android app and scan these QR Codes. Besides lifestyle vouchers and free taxi rides, the extravagant prize list included: 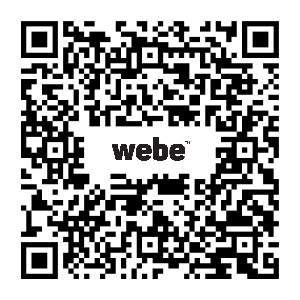 The company also set up a giant QR Code maze which contained 12,000 QR codes. Participants got 60 seconds to scan as many QR codes as they could. Each QR Code linked to a gift for the participant and could be scanned only once. Gifts included discount vouchers and smartphones. 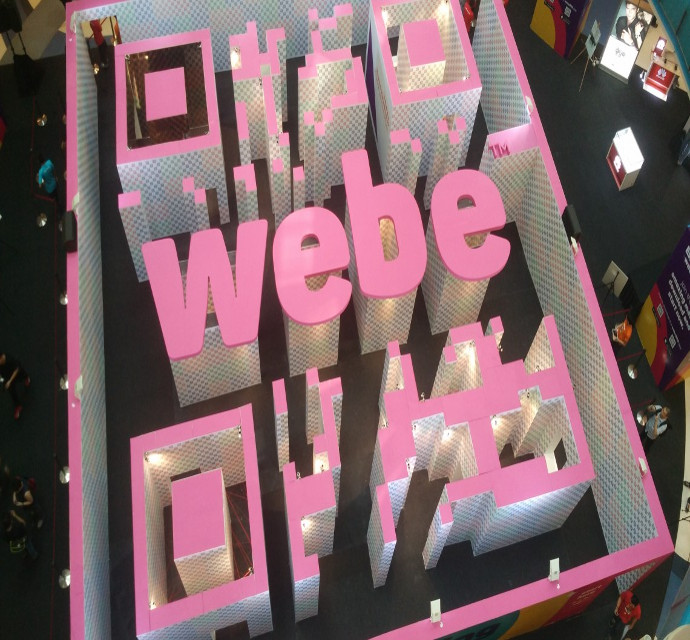 50Gram is a startup that adds QR Codes to their flower bouquets. After placing an order, the user can choose to upload photos on 50Gram’s website. The 50Gram team edits the photos to make a video. The QR Code on the bouquet when scanned, links to the video. 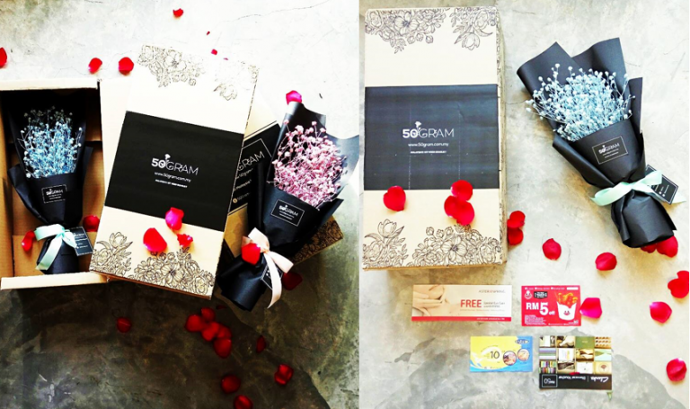 “That’s one of the core value propositions in 50gram. The QR code and the link to the video lasts long on the 50Gram website. More importantly, we focus on privacy, as only the recipient who has the link can view it, unless they share out the link and QR code.” – Spring Wong, Founder, 50Gram

“We asked ourselves what were the new ways of shopping that we could introduce to Malaysians, and we came up with two ideas: Automated stores and QR (Quick Response Code) shopping.” – Jasvinder Singh, Co-Founder, Eye Port 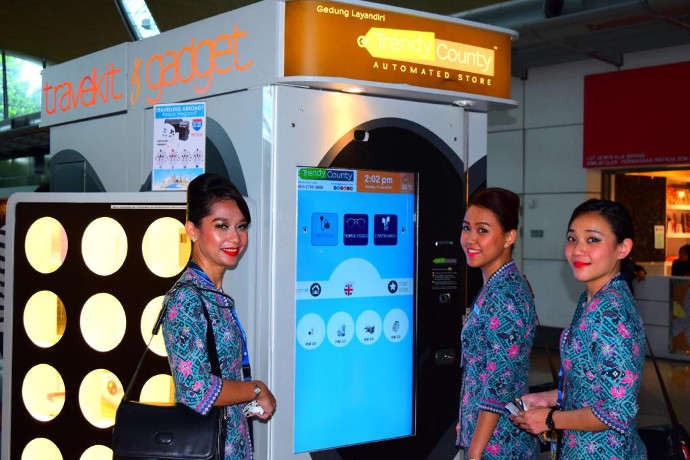 “We recognise this issue and we want to overcome this limitation with QR codes. Bigger products will come in as a QR code”

To buy an item, the user has to scan a QR Code and make a payment. The item then gets delivered to the user via mail. The user can also collect it from specific stations. Currently, Eye Port sells sunglasses, smart phone cables, phone covers, and memory cards. 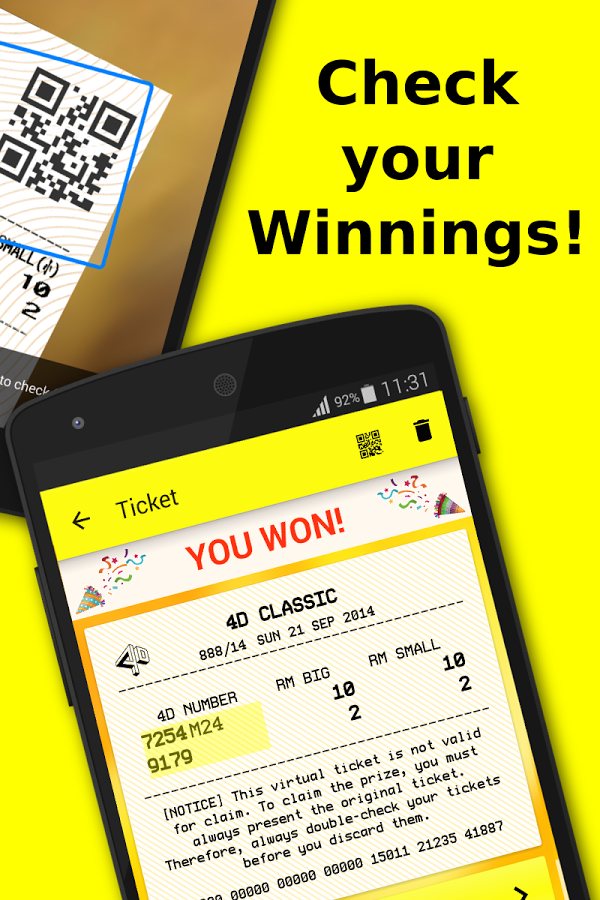 “All Magnum tickets have the QR code for players to scan in order to keep track whether they have won or not. Our aim is to ensure that our customers’ journey with us is as easy and as fun as possible. – Magnum representative

In 2013, tea store Chatime created an official account on the messaging app, WeChat. This was the first time WeChat partnered with a beverage company. 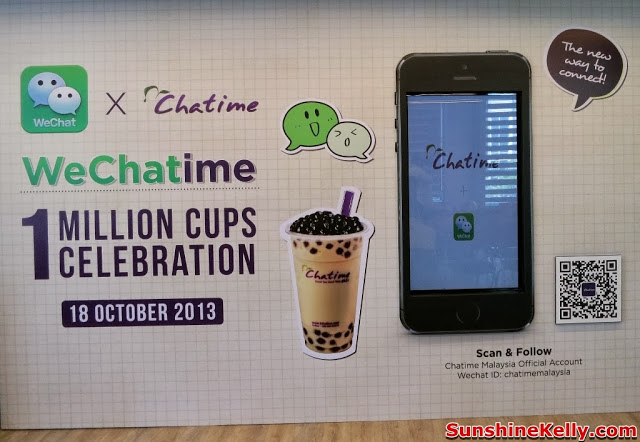 WeChat and Chatime allowed customers to buy their second beverage for only RM1. To avail this offer, users had to follow Chatime on Wechat and scan their QR Code. The partnership marked the celebration of Chatime selling 1 million cups.

This move also allowed Chatime to engage better with customers on social media.

At the IMEX America trade show in 2011, MyCEB launched its interactive website and a custom QR Code. The QR Code displayed Malaysia’s iconic Petronas Twin Towers in its background. This launch was to help MyCEB compete well on international business events arena. “The introduction of our user-friendly website and QR code are crucial for us to drive our communications and ever evolving business development programme. This is in line with our aspiration to be recognized as Asia’s model bureau by stepping up to offer a seamless experience for meeting planners and providing the leading edge in terms of professionalism, best practices, and business impact.” – Zulkefli Hj Sharif, Chief Executive Officer, MyCEB

In April 2017, The Fisheries Department in Sabah decided to add QR Codes on local fishing boats. This initiative was taken to keep illegal fishing boats at bay. The QR Code will link to the boat’s registration number and other necessary documents. The officials will be equipped with QR Code scanners to help them verify these documents.

You can read more here: QR Codes on Fishing Boats in Malaysia to Keep Illegal Fishermen at Bay

In 2017, Maybank, a Malaysian bank, launched a pilot project called—Maybank QRPay. The app is a cashless mobile payment system that uses QR Codes.

The above use cases make the popularity of QR Codes in Malaysia evident. Both private and Government bodies use QR Codes to engage their audience. If you are a print marketer in Malaysia who wishes to use a global approach to engage audience, use QR Codes.

One reply on “QR Codes in Malaysia: 14 Ways Businesses Engage Their Audience”

Hello Ms zara Rizwan, I would like to interview you regarding on my research paper (educational purpose) about the security of QR Code. If you really interested more, I’ll send to you, our research proposal also a few interview questions that will be asked. I’m a student from UNIKL City Campus. It is an honor for me if you could share your knowledge about QR codes. Thank You.