You are probably a part of press/media company. And your job is to strategize novel ways to promote your media group. And currently you are struggling with a couple of challenges.

Working in a press media company, it is very important for you to keep updated with the latest technology. You obviously want your media group to be the best and to stand out.

Another challenge you face is how to serve advertisers and audiences. You regularly have to brainstorm ideas on how to keep them loyal to you.

Plus, many-a-time, you launch contests that requires voting. You do provide audience with details of where to go via TVs. But not many people actually make efforts to visit that page and vote. And you do not have any records either.

You face a similar challenge when you share your social media links, website link, or an app link on screen.

Now, you know that QR Codes are already being used for use cases such as taking the audience to a website and social media. And you want to explore the scope of using them in your industry.

Well, QR Codes in press/media companies have already become a vogue. In fact, many reputed media groups across the globe are already using it.

Keep reading to know more about it.

Contents hide
A. Why use QR Codes in your field
a. Advantages of using QR Codes in press/media companies
1. Link unlimited information
2. Link multimedia content
3. Can be tracked
4. Create custom QR Codes
b. How can you use QR Codes for your purpose
1. To increase your web traffic
2. To increase social media following
3. For a spike in app downloads
4. To provide coupon codes
5. To know your audience choice
B. Top Companies using QR Code
1. The Weather Channel
2. Netflix
3. Zee TV
4. iTV
5. Disney
6. Balaji Telefilms
C. Conclusion
Create QR Code for your company

A. Why use QR Codes in your field

You know that a QR Code is 2D barcode that is easily scannable via a smartphone. This section will detail you the reasons of why you should use QR Codes. And how can you use it for your purpose.

a. Advantages of using QR Codes in press/media companies

With QR Codes, you can link unlimited content. That is, you can encode a text, or your social media accounts. Upon scanning via a smartphone, the end users will be redirected to the target content.

You can link multimedia content such as images, graphics, audio clips, and videos in a QR Code. That is, if you want to show a teaser/trailer of the next show on screens— you can easily create a QR Code and encode the video link.

You can track how many people actually scanned your QR Code. Besides, you can also get other details of scanning activity such as district, region, time, and browser from which the QR Code was scanned.

With this, you can easily analyse your campaign. And know the areas where you can go better.

You can track the scanning activity by creating a Dynamic QR Code.

QR Codes do not only come in black-and-white patterns. You can design a QR Code and actually convert it into a piece of art! 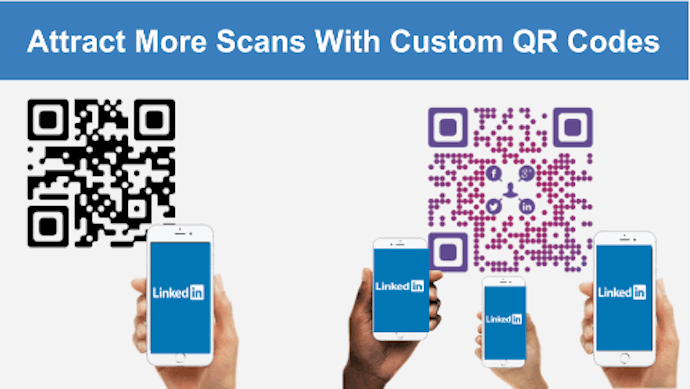 That is, you can create a totally personalized QR Code. Here, you can add your company’s logo, change background image and color, change the color and pattern of data modules, amongst others.

Also, customized QR Codes attract 50-70% more scans as compared to black-and-white QR Codes. So if your use case is promotional, it is recommended to customize your QR Code.

Hence, with all these advantages, you can use QR Codes in press/media companies for diverse purposes.

b. How can you use QR Codes for your purpose

Here are some uses cases:

1. To increase your web traffic

You can add your website in the QR Code. Upon scanning, your audience will be redirected to your website.

By creating a Social Media QR Code, you can readily send audience to your social media accounts. And provide a boost to your following.

3. For a spike in app downloads 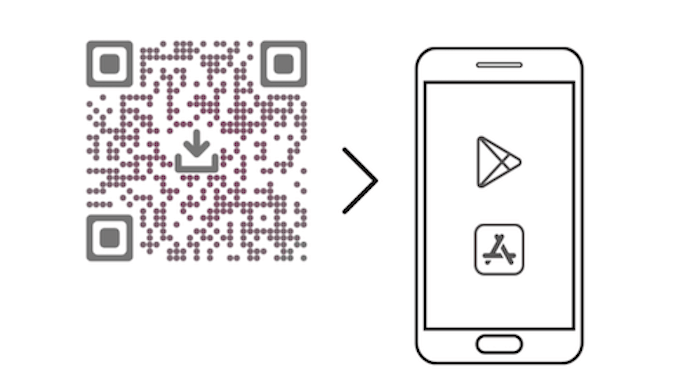 5. To know your audience choice

You run contests, launch polling booths, and also ask for your audience feedback at times. And to make it much more actionable on screen, you can create Survey QR Codes.

When your audience scan the QR Code, they will be able to register their responses.

So as a PR professional in your company, you can use QR Codes in press/media companies for multiple purposes. And make your services much more efficient.

Now, you know how you can use QR Codes. The cherry on the cake is that top press/media companies today are using QR Code technology. And engaging their audience well.

One of America’s best channels, The Weather Channel, started a QR Code campaign to boost their app downloads. They added QR Codes on online ad spots and televisions. Upon scanning via a smartphone, the QR Code redirected viewers to the download page of the new web app.

“We saw an increase of 21 percent in downloads during the February promotion, and press coverage of the QR code reinforced the Weather Channel as an innovative leader in the mobile space,”
— Melissa Medori. APR, public relations associate manager at the Weather Channel

So, with QR Codes on their project, the channel could fully achieve what it wanted to. 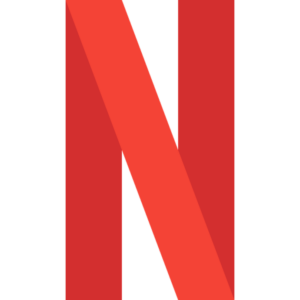 Netflix is one of the biggest media service providers. And it started a QR Code campaign for promotional purposes.

The aim of the campaign was to promote its series ‘Gilmore Girls’. And for this, the group printed Snapchat QR Codes known as Snap codes on 10,000 coffee cups. Upon scanning, the users could access the Gilmore Girls inspired photo filters.

The initiative fetched around a million views on these filters. 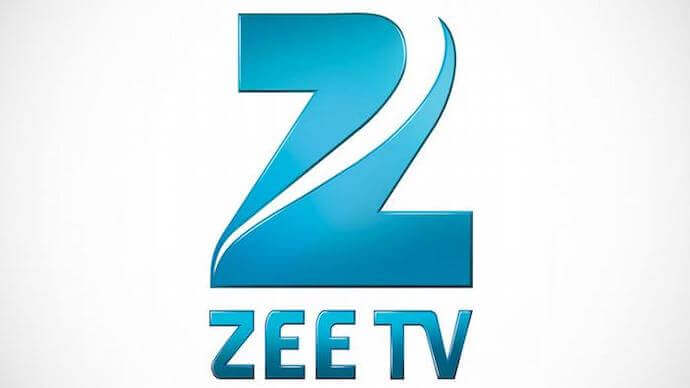 Zee TV is one of India’s topmost media groups. The group is using QR Codes on screen in its top-rated primetime dramas ‘Tujhse Hai Raabta’ and ‘Kundali Bhagya’. The aim is to make television viewing more interactive.

“In the business of entertainment, one of our key objectives remains making our brands increasingly tangible and accessible to our consumers. To achieve this objective, it has been our constant endeavor to re-invent our offerings at regular intervals with creativity, technological transformation coupled with collaboration as key pillars”
—Ashish Sehgal, Chief Growth Officer, ZEE

The channel has collaborated with Flipkart and media agency, Essence. And given a boost to Flipkart’s annual sale—Big billion days, 2019.

The QR Code links to the Flipkart’s product webpage. The web page displays all the items such as jewellery and gifts which the protagonist of the series uses.

Upon scanning the QR Code on screen, the end users can scroll through these featured products. And shop them at discounted prices.

The clothes and accessories worn by TV protagonists can be aspirational for viewers, who want to own similar products. This insight led us to the QR code activation on Zee TV, using simple yet effective technology that allows viewers to immediately gain access to desired products on Flipkart during the Big Billion Days festival.
—Anand Chakravarthy, Managing Director, India, Essence

The channel used an application called Mobio Identity Systems. And developed and deployed a comprehensive solution to link programs to mobile devices. The aim was to make television viewing both exciting and interactive.

With QR Codes on screen, the channel was able to solve the ‘how to find it’ challenge faced by viewers. And this fetched outstanding results.

The Walt Disney Pictures, commonly known as Disney, used QR Codes for promotional purposes. The objective was to promote its feature release ‘I Am Number four’. And make it viral online.

QR Codes were placed on the PC website and on one-sheets. Upon scanning via a smartphone, the users could access an exclusive video which could not be found anywhere else.

This campaign fetched them about tens of thousands of scans over a period of three months.

In 2010, Balaji telefilms used a QR Code to promote its online fiction ‘Bol Niti Bol’. Their aim was to increase the number of hits and re-visits on their website. Plus, gain the loyalty of the user.

The media group started a QR Code campaign to pitch in advertisers. Their task was to promote the ‘Bol Niti Bol’ page in a variety of ways. This had to be achieved through— banners, pre/post roll, and pre roll in ‘Bol Niti Bol’ QR code.

“It is not so easy to get advertisers for webisodes in India. With the current bandwidth issues, advertisers are apprehensive about getting associated with such properties. We are building packages for the advertisers, which entail them to be with us on the ‘Bol Niti Bol’ page in various forms – viz., banners, pre/post roll, pre roll in ‘Bol Niti Bol’ QR Code. ”                       —Niranjan Vidyasagar, National Revenue Head – Digital, Mid-day.com

QR Codes can thus be used for diverse purposes. Today, big names in the press/media industry are using QR Codes. And their campaigns are giving them terrific results. In fact, major industries such as telecom are using them already.

There are 3.3 billion smartphone users in the world today. Take advantage of smartphone technology and start a QR Code campaign today before any major decisions are taken.

Create QR Code for your company