Street artists are geniuses who can show their creativity virtually anywhere. All they need is a place to showcase their work and they are every-ready to go.  From graffiti to music, bringing such artwork to life is neither easy nor cheap.

While gallery artists are paid huge amounts, street art—while appreciated—does not get paid enough. This happens not because street art is not valuable. But because majority of people carry credit and debit cards, which hamper audiences who want to tip the artists.

How street artists can monetize their work

There are two ways in which a street artist can monetize her/his work:

The first method involves using a cryptocurrency wallet—such as Bitcoin, Ethereum, Litecoin, PIVX, etc. The wallet address is encoded into a QR Code.

The QR Code can then be painted as part of the art piece such as graffiti. This will allow art-lovers to make a small donation simply by scanning the QR Code using their own cryptocurrency wallet.  Here is an example:

Alternatively, artists such as musicians can carry a cryptocurrency QR Code with them.

Also see hoe one can create an interactive wall mural with QR Code.

In Jul 2018, City of Barrie partnered with Downtown Barrie and Ontario Musicians Co-Operative. The aim was to evolve the former street performers program. In this, audiences can tip the musicians with digital currency— PIVX.

People who want to tip the performer can scan a QR Code on the signs carried by musicians.

The other method is similar but instead of cryptocurrency, the street artist can simply use a Paypal QR Code. Paypal is a widely popular payment method and users also have the option to pay via debit/credit card.

This method is useful if your work is legit and you have taken the right permissions from the law.

See how to create a Paypal QR Code.

With the help of QR Codes and payment wallets, street artists can now earn from their creations. What helps more is that every person now has a smartphone and a digital way to make payments.

Street artists finally have an option to not only get appreciated but also to earn a living they deserve. 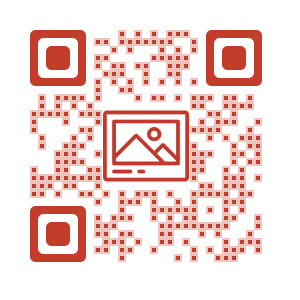