One of the most frequently asked questions that we get is:

How much information can I store in a QR Code?

However, it must be noted that:

While technically, a QR Code can store this much information, it is not advisable to create such a large QR Code unless you have sophisticated scanners that can decode these.

The amount of information a QR Code can store depends on three factors – size, error correction, and character-type.

Higher the version, higher the capacity to store information.

Error correction is added to QR Codes to ensure that the code is scannable even if it gets somewhat damaged or dirty. There are four levels of Error Correction – L, M, Q, and H.

L is selected for dirt-free environments, M is most common, and Q & H should be used in factory environments where the QR Code label is subject to wear and tear.

Typically, QR Codes can have two types of characters – Numeric (without spaces) and Alphanumeric (with spaces and punctuation).

Assuming Error Correction to be M, here is the capacity (in number of characters) of each version:

For capacity at error correction levels L, Q, and H, refer to the original source. 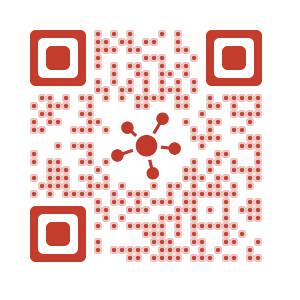