You know what a QR Code is. It is a square-shaped barcode that encodes information. It could be text, numbers, or even a website link.

Unlike barcodes that store limited characters, QR Codes can store a lot of them. Also, QR Codes don’t need a handheld scanner to be scanned. All that you need is—a smartphone with a camera.

Yes, most smartphones now come with an in-built QR Code scanning feature in their stock camera application. And the ones that don’t have it, can install a third-party scanning app on their phones.

Due to such factors, QR Codes are now being used for many diverse purposes. Some of these include inventory management, payments, and promotions.

Hence, many industries such as consulting, pharmacies, and even education are using them.

You also want to use QR Codes for a use case. To do that, you need to create them first. And you need a QR Code Generator for the same.

In this article, we will tell you everything you need to know about a QR Code Generator:

A. What is a QR Code Generator

A QR Code generator is an online software that allows users to create QR Codes by entering desired information. And download them in different formats—PNG, JPG, SVG, and EPS.

But before you go ahead to learn how to generate a QR Code, make sure you know what content you want to encode in it.

It could be text, numbers, website links, images, or even a video. And depending on this information, you can create a Text QR Code, a Website URL QR Code, an Image QR Code, and a lot more. There are more than 20 types of QR Code categories you can choose from.

Once you know what QR Code category you need, you can go ahead to find a suitable QR Code generator.

Let’s discuss it in detail.

B. Types of QR Code Generators

There are two types of QR Code generators available online—the ones that allow you to create QR Codes individually and the ones that help you create them in bulk.

If you need a few QR Codes, this QR Code Generator will suit your needs the best.

And among these, there are again two categories: the basic one and the professional one.

For the uninitiated, a Static QR Code is permanent and non-trackable. That means once you create it, you cannot edit it. In case you need to do it, you will have to create a new QR Code.

Most marketers typically opt for advanced QR Code Generators. Why? Because they are loaded with useful features. For example:

Advanced QR Code generators allow users to create Dynamic QR Codes. Not sure what it means?

Dynamic QR Codes, unlike static ones, are both editable and trackable.

You can edit the content encoded in a dynamic QR Code anytime you want.

Here’s how it works—say you create a Website URL QR Code that takes users to your website. But a month later, you want it to take them to your blog. Or you want to use this QR Code for another campaign to, say, boost app downloads.

Here, a dynamic QR Code will help you do it easily. It allows you to edit the encoded content such as the website URL. Moreover, it also allows you to change the Website URL QR Code to App Store QR Code. That means better and wider flexibility.

We just talked about the dynamic QR Code’s tracking feature. Let’s discuss it in detail.

As a serious marketer, you know important these details are. They help you understand your target audience better. And plan your future campaigns accordingly to get better results in the future.

In addition, you can also gain valuable insights into how your audience reacts to the encoded content after scanning the QR Code. It can be anything such as a button for registration or signing up.

Hence, we can say that these tracking analytics help marketers measure the engagement in their marketing campaigns.

This feature allows you to customize your QR Code by adding colors and logo to it. And you know how important it is for branding, right?

A black-and-white QR Code looks like some barcode for official purpose. And you’d not want people to perceive it as such if your use case is marketing.

Here, you’d want your QR Code to act as a point-of-engagement to attract as many scans as possible. And custom-designing feature helps you do it by adding a design to your QR Code.

Also, it is a fact that customized QR Codes attract 50%-200% more scans than black-and-white ones.

If you have a website, you can easily create a QR Code to take people on webpages with relevant information. But what if you don’t have a website?

In such cases, you can still create a QR Code to take people to a landing page with desired information. It could be information about a product, an event, or offers pages. Wondering—how is it possible?

For example—a Rich Text QR Code that allows you to add and customize as much text and images as you want. An Event QR Code that helps you share desired event information (such as date and time, venue, and location of event). And also helps people RSVP easily.

This feature is especially useful if you want to share confidential information via QR Codes.

QR Codes are most often added to print media. But most QR Code generators only offer QR Code images in raster formats such as PNG or JPG. They work fine if used for web resolutions.

However, if you need to print a large image of your QR Code, say on a billboard, raster formats don’t work well.

You’ll rather need a high-resolution QR Code image in vector format—SVG, EPS, PS, or PDF. These images do not pixelate no matter how much you zoom in. And that’s important for your QR Codes to remain scannable.

C. How to use a QR Code Generator

This step depends on the type of QR Code you wish to create. Let’s assume you want to create a QR Code that allows you to share a PDF file.

For this example, I’m using the Scanova QR Code generator.

To create a PDF QR Code, follow the steps below:

1. Go to Scanova and from the dashboard click on Create QR Code

3. Click Upload and upload the PDF that you want to encode into your QR Code

4. Next, you will see the option to name your QR Code. Note that it is a dynamic QR Code which means you can edit it anytime and even track its scanning activity

This is unlike a static QR Code which is basic and cannot be edited once created.

5. Once you add a suitable name, click on Create QR Code

6. Now, on the page you land, you will be able to see QR Code details

Under the QR Code image, you will be able to see the Edit Design option. You can use it to customize your QR Code. Once you click on it, you’ll see two QR Code design options:

Custom logo design: With this option, you can add a logo to the center and change the color and pattern of the QR Code’s eyes and data modules

Custom background design: It allows you to superimpose your QR Code on a background image. It also gives you the option to change the pattern of both the QR Code’s eyes and data modules

8. Next, a window will pop up prompting you to sign-up for a 14-day free trial. Once you do it, you’ll also be able to assign tags to your QR Code to be able to search it in the future

9. Next, you can proceed to Download your QR Code. Simply specify the size and format of the QR Code image to be downloaded. Once you do it, click on Export

That’s it. Your QR Code will be downloaded.

To learn how to add advanced features to your QR Code, read: How to use a QR Code Generator.

2. To create QR Codes in bulk

You cannot use a normal QR Code generator in case you need multiple QR Codes. It could be hundreds or even thousands of them.

Creating them one-by-one will take a lot of time and effort.

This is where a Bulk QR Code Generator comes into the picture. It helps you create hundreds and thousands of QR Codes together. Hence, saving you a lot of time.

In case you want to know how bulk generation works, here is a detailed guide. It tells you everything about creating and downloading QR Codes in bulk.

In case you want to generate dynamic QR Codes in bulk, refer to this guide.

C. How to choose a QR Code Generator

You now know what you want to create a QR Code for and what features you’d need. So the next step is to find a suitable QR Code generator.

A simple Google search will show a long list of online QR Code generators. But how do you know which one suits your requirements the best?

The answer is—by comparing them, right? But opening each link to compare all the results will be a tough and tedious job.

Don’t worry. You don’t really need to do that. We have compiled detailed comparison charts for the best QR Code generators available online.

Also, if you need a large number of QR Codes (say in thousands and millions), you can use the QR Code API and QR Code SDK services. They help you generate large volumes of QR Codes together. And even integrate QR Code generation with your own information system.

Congratulations! You now know everything there is to know about QR Code generators that can help you create the perfect QR Code. Go ahead and create your first QR Code now!

Create a visually-appealing and dynamic QR Code for your campaigns via Scanova to attract more scans. Free 14-day Trial. 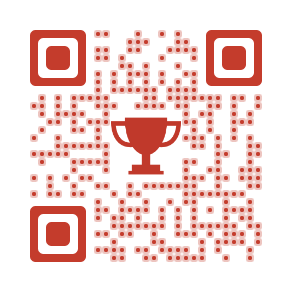