You’re already aware of the 2D barcodes called QR Codes. In fact, you now want to create them too. You want QR Codes that, when scanned, redirect the end-users to see the encoded location on their phone’s maps application. We call them Google Maps QR Codes.

And almost any generic QR Code generator can help you create one. But you want them to be generated in large numbers.

In addition, you also want to be created automatically. And the good news is—you can do it easily. Yes, you can integrate the creation of Google Maps QR Codes into your own information system. All that you need is—QR API. Keep reading to know more about it.

You’re probably already familiar with how APIs work. And QR Code API works in the same way. It helps you automate the process of QR Code generation in no time.

Hence, you don’t need to head on to your QR Code generator every time you need a QR Code. Here’s a brief outline of how this works:

The whole process is really simple!

Benefits of using an API

While automation is the most important benefit of using an API, it’s not the only one. There are several other benefits too. For example:

First, it can help you generate millions of QR Codes every month. And since the process will be automated, you’ll not really have to put much effort into it.

Second, you’ll only have a pay a very nominal amount for the QR Codes you generate. This will surely be cheaper than the subscription charges of a generic QR Code generator. Each QR Code here can even cost you just a couple of cents.

Third, depending on your requirements, you can select the subscription with the desired number of API requests.

Fourth, if you select the right service provider, you’ll also be able to get the QR Codes as high-resolution images. Services such as Scanova’s QR API help you generate QR Codes in vector formats such as SVG. This will be especially helpful if the QR Codes need to be used for print resolutions.

Finally, you can even customize the design of the QR Codes. This can be done by adding your brand colors and a logo to the QR Code. Or you can even add a background image to it. This would help increase the scans if your use case is customer-facing or promotional in nature.

B. How to create Google Maps QR Codes via API

You can explore various QR Code APIs on the web.

Using Google Map QR Code API powered by Scanova, here is a detailed step-by-step guide on how to create QR Codes for your use case:

1. Go to QR Code API and sign-up for the free trial
You will not have to enter your credit card information while signing up. And when you successfully sign-up, you will receive the first 50 API requests for free.

2. Once done, you will be able to see see the cycle usage on your screen. Under the same, you will also see some important details. These include:

In addition, you will see the option to Get API Key. Under it, click on the Create button

Note that if you chose to sign-up via using Google in the first step, you will receive a six-digital code on your email. Then, you will have to copy the code and head back to the dialog box on the QR API website. Then, you can paste the code into the required field. You will then be able to see your API Key.

3. Next, just copy the API key. You will then be able to see the Documentation tab on the menu bar present on the left side of the screen

4. Scroll down a bit. You’ll see the Authorize button on the right

5. You need to click Authorize. Then you will see a window prompting you to paste the API key in the value box. Once done, click on Authorize again

6. Now select the Google Maps category and click on Test

7. On the next page, you need to enter the location you want to add to the QR Code. In the same step, you will also be able to start designing the QR Code. As discussed earlier, you can do it in two ways. And here are the elements that you can customize:

9. Now you will see responses such as Curl, Response URL, and Response Body. On scrolling down further, you’ll see the image of a QR Code having the location you had encoded

10. You can then copy the Response URL and integrate it into your own information system or mobile application

Make sure that you test scan the QR Code before proceeding. This will ensure that QR Code functions correctly. You can do so using 3-4 different handsets.

Planning on using the QR API for your own business? Get started with us today! Just do a quick sign-up and grab your first 50 API request for free:

Create a visually-appealing QR Codes via your information system 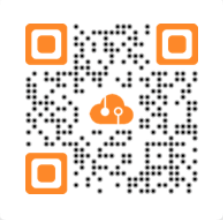