We all know what a QR Code is, isn’t it? For those of you who don’t know, QR Codes are 2D barcodes. These black-and-white squares can link to images, text, videos, and websites. A smartphone with a QR Code scanning app is all one needs to view this information.

When thinking of QR Codes, the fashion industry might not come to your mind. But, believe it or not, QR Codes are popular there too. Listed below are examples of QR Codes in fashion and accessories:

A. QR Codes on Clothing

In Oct 2016, Rochambeau, an NYC-based designer label launched a smart jacket, ‘BRIGHT BMBR’. The smart jacket comes equipped with an NFC Code and a unique QR Code. Both the smart tags are inside a hidden zipper pocket on one of the sleeves. The jacket was part of the designer label’s fall-winter 2016 collection. The wearer can connect with the smart tags using his smartphone. This unlocks a plethora of experiences around the city for the wearer. 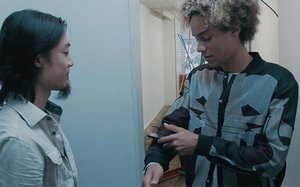 Some of the benefits include:

Besides this, wearers can also collect free gifts by scanning the QR Code on the garment. This is possible when the wearer is within 500 meters of all three of The New Stand’s outlets. The New Stand is an experimental retail store that sells these jackets. The jacket was priced at $630. 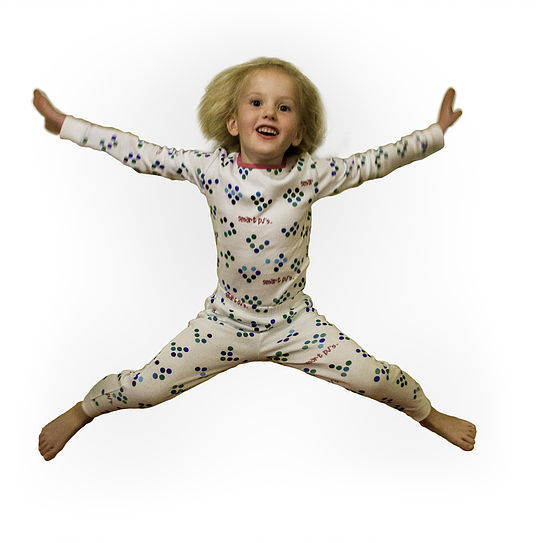 Rock the Vote is a non-profit organization based in the US. It aims to build the political power of young people. Launched in 1990, celebrities like Madonna donned the organization’s shirts. This reportedly made the brand cooler. In July 2012, it came up with QR Code T-shirts. Scanning the QR Code led people to scan to vote website. Here people could register to vote online. 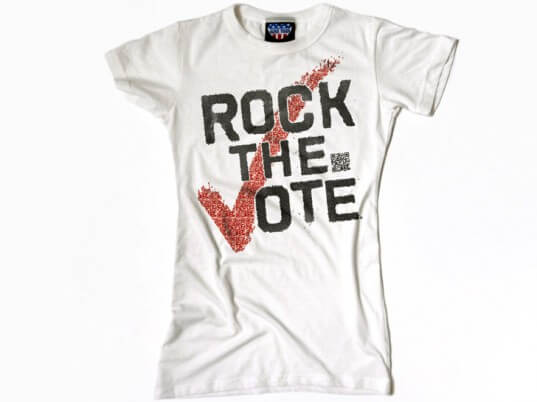 Sam Trout is an independent fashion designer based in Seattle, US. In 2010, Sam launched a range of QR Code-inspired clothes for both men and women. Scanning the QR Code directed people to images chosen by the designer. Sam also announced a QR Code scavenger hunt that would start from one of the QR Codes on his line’s t-shirts. The t-shirts are available here. 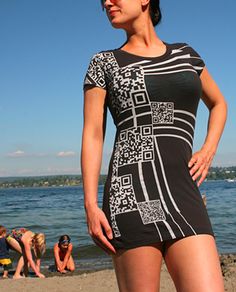 Diesel, the clothing company, also added QR Codes to its denims with a text or call to action—Scan for Authenticity. It allowed buyers to verify the authenticity of the product before purchase.

Zara, the fashion and clothing brand added QR Codes to the price tags of their clothing. When scanned, QR Codes took customers to a landing page with the product’s manufacturing details. It gives information about different colors and sizes available in the product range.

Also, see more use cases of QR Codes in the design industry.

These are only some use cases. QR Codes are being used to do a lot more in the textile industry.

B. QR Codes for Marketing

QR Codes help bridge the gap between print media and online content. Brands recognize this and use QR Codes to engage with their offline audience. Here are three examples of major clothing brands using QR Codes for marketing:

In 2016, Levi’s, a clothing company in partnership with a media agency, OMD, launched a QR Code campaign in China. The idea was to create brand interest among the youth. The catch? Levi’s did not create any ads for the campaign. Titled ‘We Are Original’, the campaign encouraged people to create their own ads. 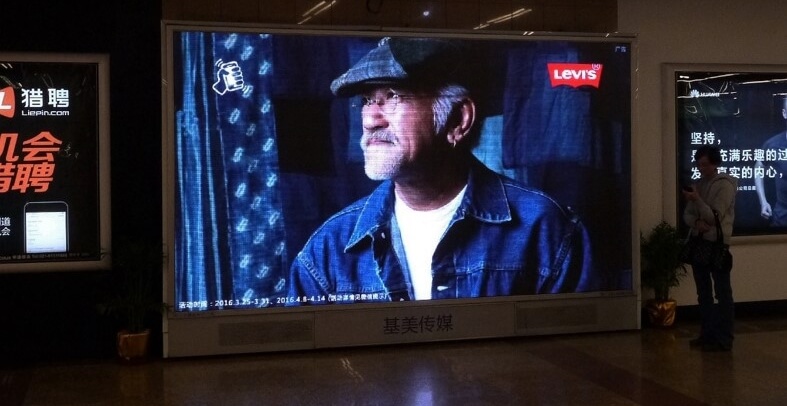 As a part of the offline campaign, Levi’s allowed users to be the star of Levi’s print ad. People could strike a pose to show their originality, the theme of the campaign. The ad posters were put up at different locations. The posters contained a QR Code. People could scan the QR Code to share them with friends on WeChat.

The campaign increased Levi’s consumer engagement by 2.9 million in the form of likes, forwards, comments, and shares.

Fashion giant Ralph Lauren has always been a fan of QR Code marketing. Be it during the 2008 US Open or in ads in magazines. 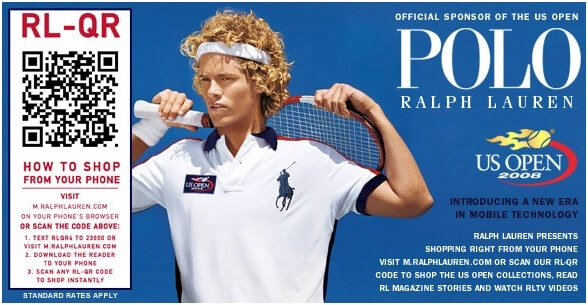 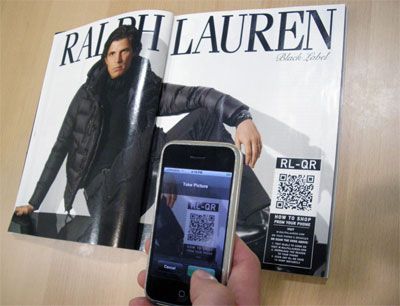 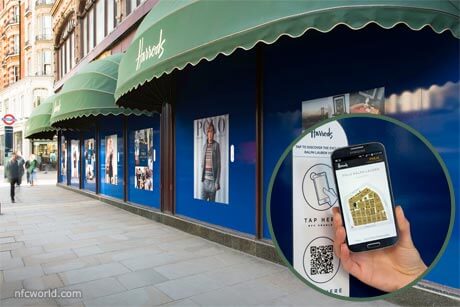 “Customers are using mobile and digital technology more and more, so we are keen to explore new ways for brands to interact with our customers whilst they visit the store. It’s great to be able to reach out to passers-by even when the store is closed.” – Guy Cheston, Media Sales Director, Harrods Victoria’s Secret is an American premium womenswear and beauty products manufacturer. In 2012, the brand displayed billboards with QR Codes that encouraged people to scan them. Scanning the QR Codes allowed people to view the brand’s latest lingerie collection.

On May 18, 2018, Zara, the fashion company, unveiled a pioneer store with QR Code-based collection points in Stratford Mall, London.

It is a 48,000 sq. ft. store that has two dedicated online order collection points. They have a scanner placed at each pick-up point that scans QR Codes or PIN codes. Such codes are generated when Zara’s customers shop online.

This store also offers innovative features such as self-service areas and interactive mirrors. These mirrors allow customers to digitally preview the outfit on themselves.

Technology in accessories is not limited to smartwatches. Even jewellery now has a tech angle, thanks to QR Codes. Here are two examples of QR Codes on jewellery:

UK-based designer Chris Parry creates QR Code cufflinks. These cufflinks are handmade with sterling silver. People can encode secret messages on the QR Code and gift them to their loved ones. Since the QR Code is Dynamic, the information encoded is changeable. 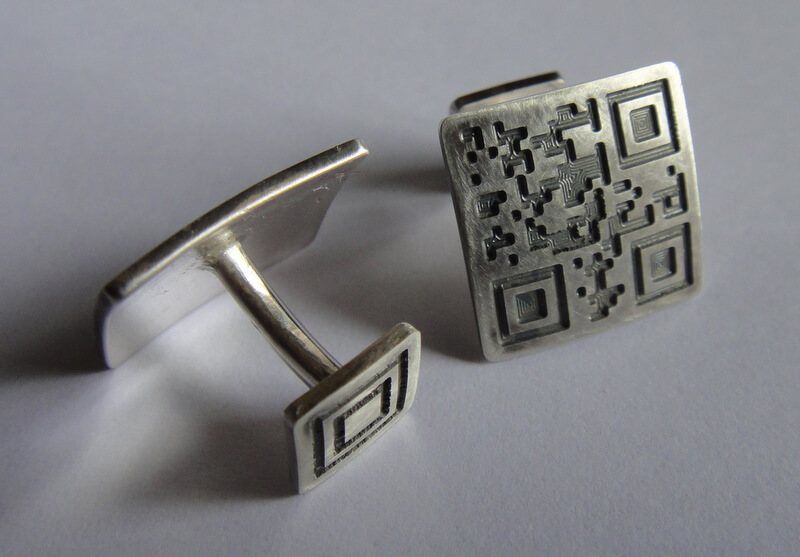 Similarly, one can also add a QR Code on a memorial locket. The QR Code can encode more photos and images of the deceased helping people remember their loved ones. 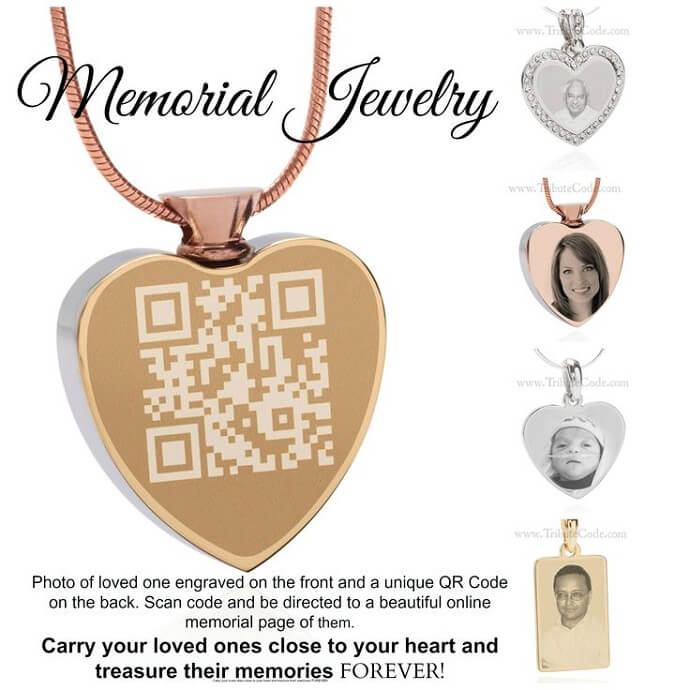 In addition to this, QR Codes are also being used on rings. These are called QR Code Soundwave rings. These rings help you capture the sounds you like via QR Code. It could be anything such as your wedding vows, your child’s first words, or even your favorite song.

When one scans the QR Code on the ring, it helps them listen to the encoded audio.

The above examples have made it evident that QR Codes in fashion and accessories are here to stay. Also, with brands like Victoria’s Secret and Ralph Lauren using QR Codes, who’s to stop other fashion companies?

D. How to create a QR Code

Now you know how QR Codes are revolutionizing the whole fashion industry. Hence, you’d like to ride this wave of modernization too, right? The next question that comes into mind is—how to create one?

Once you’ve decided, you can start creating QR Codes. Here are three ways using which you can generate QR Codes:

If you don’t need to create multiple QR Codes together, this option is suitable for you. Also, it offers wide flexibility in terms of the type of QR Codes that you can create.

To create it, you simply need a QR Code generator. You can go to any search engine, type in the query, and compare the top results. Or you can go through this detailed comparison of the best QR Code generators available online to find the best one for yourself.

Once you have finalized your generator, you can start creating your own QR Code. Here’s a step-by-step guide on how to do it.

Need to create multiple QR Codes together? Save time and effort by creating them together using a bulk QR Code generator service. It allows you to generate static QR Codes in bulk. You can create Website URL QR Code, Simple Text QR Codes, Serial Code QR Codes, and also VCard QR Codes via this option.

For more information, you can go through this detailed guide on how to generate QR Codes in bulk.

That’s it. That is all you need to know about QR Codes on fashion and its accessories.

Create a QR Code for your brand now 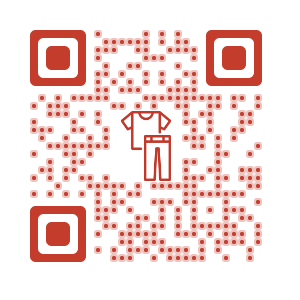